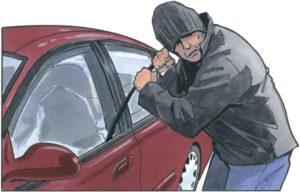 Starting October 1st, 2020, Autobella will begin performing drug testing on Interiors of All Recovered Stolen vehicles. This testing will primarily be for the Insurance sector to determine if a vehicle needs to be totaled due to excessive contamination. This data will also be available to Vehicle owners. You, the vehicle owner may decline this service if you believe its not necessary.

Portland now ranks third among the nation's major cities for car thefts per capita, outpaced only by Detroit and Baltimore. Nearly 6,000 cars have been stolen last year in PDX. By October of 2019, the number of auto thefts had already outpaced all of 2018. When cars are recovered they tend to have been lived in for a week or months. Most of what we see are cars that have little to no damage but are complete BIO hazards inside. The abandoned contents range from other stolen personal items to needles, old food remnants, cigarette butts, and just really stinky in general. A strong percentage of people feel so violated that they want to just total their car. Unfortunately, insurance doesn't roll like that unless there's overwhelming damage which is usually not the case. Autobella sees approximately five to ten theft recoveries per week presently. Most of these resemble the same pattern. Stinky, dirty and full of junk.

Our detailing method is modified from the traditional interior detail as we use Active enzymes combined with Ozone. Using both of these significantly helps remove the bacteria and odor that the other stinky human has left behind. Give us a call or drop an email if you have any further questions.

Autobella specializes in the remediation of mold and water intrusion within vehicle interiors. Please contact us at the first indication of mold so we may effectively begin treating the interior of your vehicle and help prevent the potential of any arising health issues.