Detailing your cars interior with Autobella is a smart and healthy idea, we spend a significant amount of time in our cars sneezing, coughing, eating & whatever else might come about, then we get out and close the windows & doors trapping germs & bacteria, thus becoming an Incubator. General sickness can be significantly reduced buy keeping your cars interior hygiene clean. Most buildup and staining is organic and can be removed with our water-based organic cleaning solutions.

Everyone has a certain amount of tolerance to everything we come in contact with. B 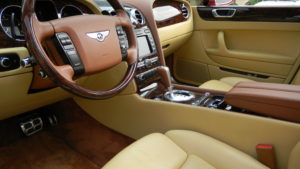 ut at some point our ability to withstand it breaks down, so if you’re exposed to fungi, bacteria or virus at home and in the car, your body might become so overwhelmed that you become ill.

Spraying disinfectants into the air vents won’t kill these growths. The chances of anything making it into the system and still being effective are somewhere between slim and none. The best solution is to clean the vehicles interior with a cold water based enzyme & follow up with an OZONE treatment. We also recommend replacing the Interior cabin filter when performing any interior detail service.

Portland now ranks third among the nation’s major cities for car thefts per capita, outpaced only by Detroit and Baltimore. Nearly 6,000 cars have been stolen last year in PDX. By October of 2019, the number of auto thefts had already outpaced all of 2018. When cars are recovered they tend to have been lived in for a week or months. Most of what we see are cars that have little to no damage but are complete BIO hazards inside. The abandoned contents range from other stolen personal items to needles, crack pipes, old food remnants, cigarette butts, and just really stinky in general. A strong percentage of people feel so violated that they want to just total their car. Unfortunately, insurance doesn’t roll like that unless there’s overwhelming damage which is usually not the case. Autobella sees approximately five to ten theft recoveries per week presently. Most of these resemble the same pattern. Stinky, dirty and full of junk.

Our detailing method is modified from the traditional interior detail as we use Active enzymes combined with Ozone. Using both of these significantly helps remove the bacteria and odor that the other stinky human has left behind. Give us a call, text or drop an email if you have any further questions.